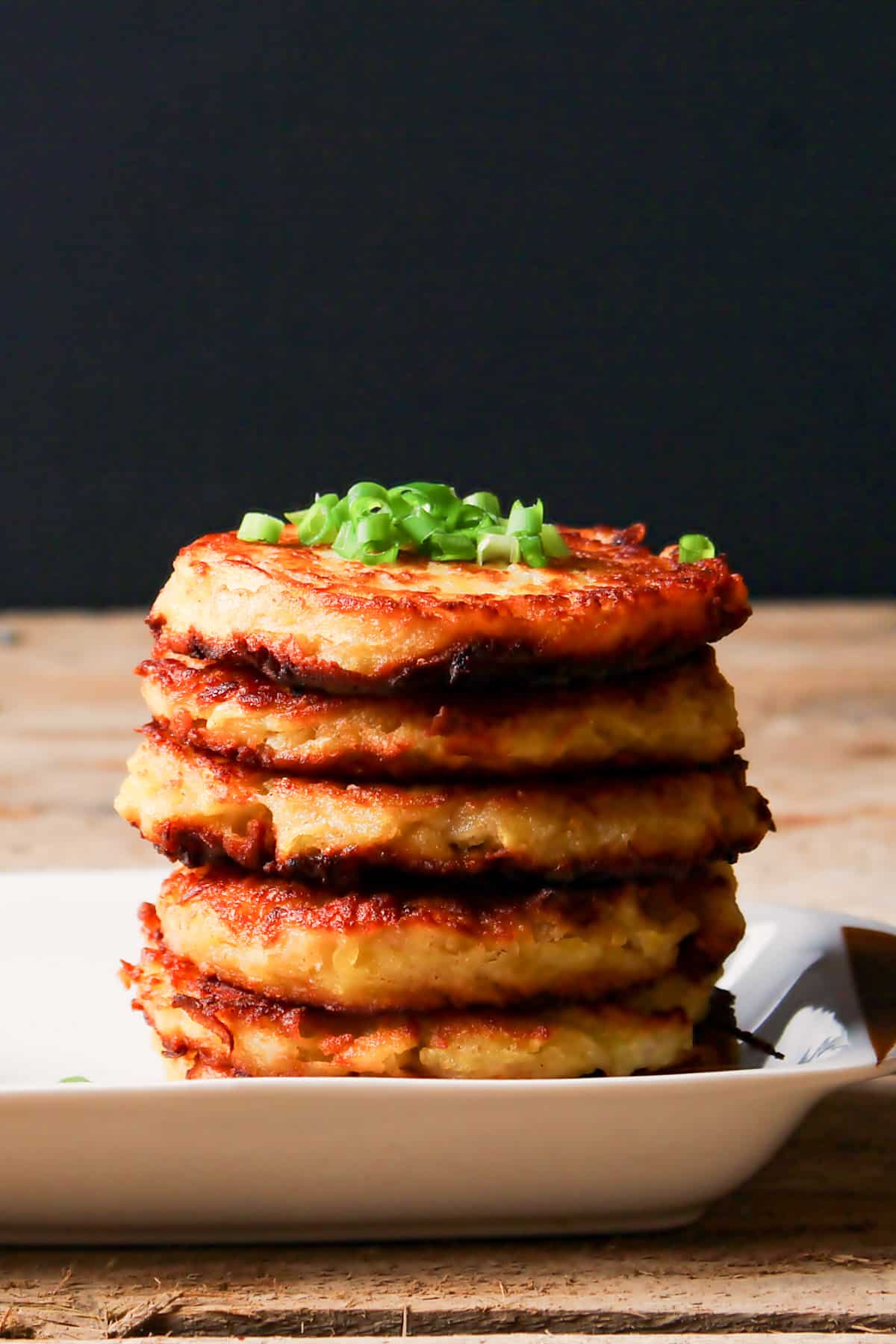 I’ve finally nailed an easy latke recipe. These homemade potato latkes are crispy and delicious. Best of all, this recipe lets you feed a hungry crowd while still having time to enjoy the Hanukkah party!

As an Amazon affiliate, I earn from qualifying purchases.

No more spending the whole night over a hot pan of oil frying potato pancakes. This post will give you tips for making delicious, crispy, golden-brown latkes with minimal effort.

Potato Latkes Are a Hannukah Must-Have

The main thing I remember about my childhood Hanukkahs is my mother’s crispy latkes. And not just the latkes themselves—as delicious as they were, crispy-fried, fresh from the frying pan.

There is also the image of my mother in the kitchen, first peeling and hand-grating (the food processor just doesn’t cut it here) piles of potatoes and then hunched over a pan of hot oil frying the little potato pancakes to a crispy golden brown.

Every year my mother threatened not to make them, but every year, our whining and declarations of how she was the best mother/cook/latke-maker won out. And again, she’d spend an entire night toiling away in the kitchen while the rest of us enjoyed ourselves.

Why do we eat latkes during Hanukkah?

Hanukkah is the festival of lights that is celebrated for eight short, dark days in the winter. The holiday commemorates the rededication of the Jewish temple in the 2nd century.

What ingredients do you need?

I learned how to make latkes from my mother, but over the years, I’ve adapted her recipe to be easier and more streamlined. Here’s what you need:

What kind of potatoes should you use?

This is a typical case of “ask two Jews, get three answers.”

I prefer to make latkes using thin-skinned potatoes because it eliminates the need to peel them (and I don’t care for bits of peel in my latkes). I use either Yukon gold or large red potatoes.

Many a Jewish cook will tell you that Russets are the way to go, and they are a great latke potato. They have a higher starch content so that your latkes will hold together well even without added flour or starch.

I usually add a bit of potato starch to my latke recipe, or use flour or matzoh meal. Whatever you use, it easily makes up for the lower starch level.

I have successfully used red potatoes, as well. Many say red potatoes are “too waxy,” but this hasn’t been my experience. Perhaps we get less waxy red potatoes where I live? Who knows.

I love the texture and flavor of Yukon golds, as well as the thin skins. That’s why Yukon gold potatoes are my first choice for making latkes.

To Hand-Grate Your Potatoes or Use a Food Processor?

I’ve tested a lot of recipes for potato latkes over the years, trying earnestly to find one that doesn’t require me to grate pounds of potatoes by hand or spend hours hunched over a pan of hot oil.

In the end, I’ve concluded that delicious crispy latkes have to be fried in hot oil, not baked. Because, really, the whole point of the holiday is to celebrate the oil, right?

But here’s a great trick. Grate, mix, form, and chill the patties ahead of time. This frees you up at party time, but it also makes the cooking process worlds easier. The chilled patties hold together much better, making it so much easier to fry them.

As for grating the potatoes by hand, yes, I do believe it is essential. The good news is that I’ve learned that if you boil the potatoes briefly, they become much easier to grate. I also use thin-skinned red potatoes rather than the more traditional russets, because you don’t need to peel them.

What Kind of Pan Do You Fry Potato Latkes In?

I like to fry my potato pancakes in a large cast-iron skillet (or two if I am able to borrow one from my neighbor!) The oil gets nice and hot and it heats evenly throughout the pan.

This is my favorite cast-iron skillet.

In a 12-inch cast-iron skillet, I can fry up to 6 good-sized latkes at a time.

When I have two skillets going, that’s an easy dozen at once. If you don’t have a cast-iron skillet, don’t worry. You can use any good, heavy-bottomed, large skillet.

What kind of oil should you use?

I do not recommend using olive oil, which has a lower smoke point so it will burn before it gets hot enough. Coconut oil has a high smoke point, but may add too much coconut flavor to your latkes.

What Makes this Latke Recipe So Easy?

The first trick is using potatoes that you don’t need to peel. Thin red-skinned potatoes are perfect. Trick number two is to boil them briefly before grating to make it easier.

The third trick is to shape the patties ahead of time and then chilling them in the fridge until you are ready to fry them.

You can even do this step well ahead of time. Shape the patties in the morning, cover with plastic wrap and pop them in the fridge. They’ll be ready for frying whenever you are.

When you’re ready to fry them, use a sturdy spatula to lift them off of the baking sheet and slide them right into the hot oil.

Here’s How I Make My Latkes

With this super easy potato latke recipe, you can finally have your potato pancakes and eat them, too, right along with your guests!

What do you serve with latkes?

The big question is always, do you prefer to serve your crispy potato latkes with applesauce or sour cream? I am a big fan of serving both. Of course, you can’t go wrong with my easy Instant Pot Applesauce, but a good store-bought one will be fine as well.

Sometimes I like to serve my crispy latkes topped with sour cream, lox, and capers. It makes a great holiday brunch!

Can you freeze latkes?

Yes! These freeze beautifully. Here’s how to freeze latkes:

Nutrient values are estimates only. Variations may occur due to product availability and manner of food preparation. Nutrition may vary based on methods of preparation, origin, freshness of ingredients, and other factors. 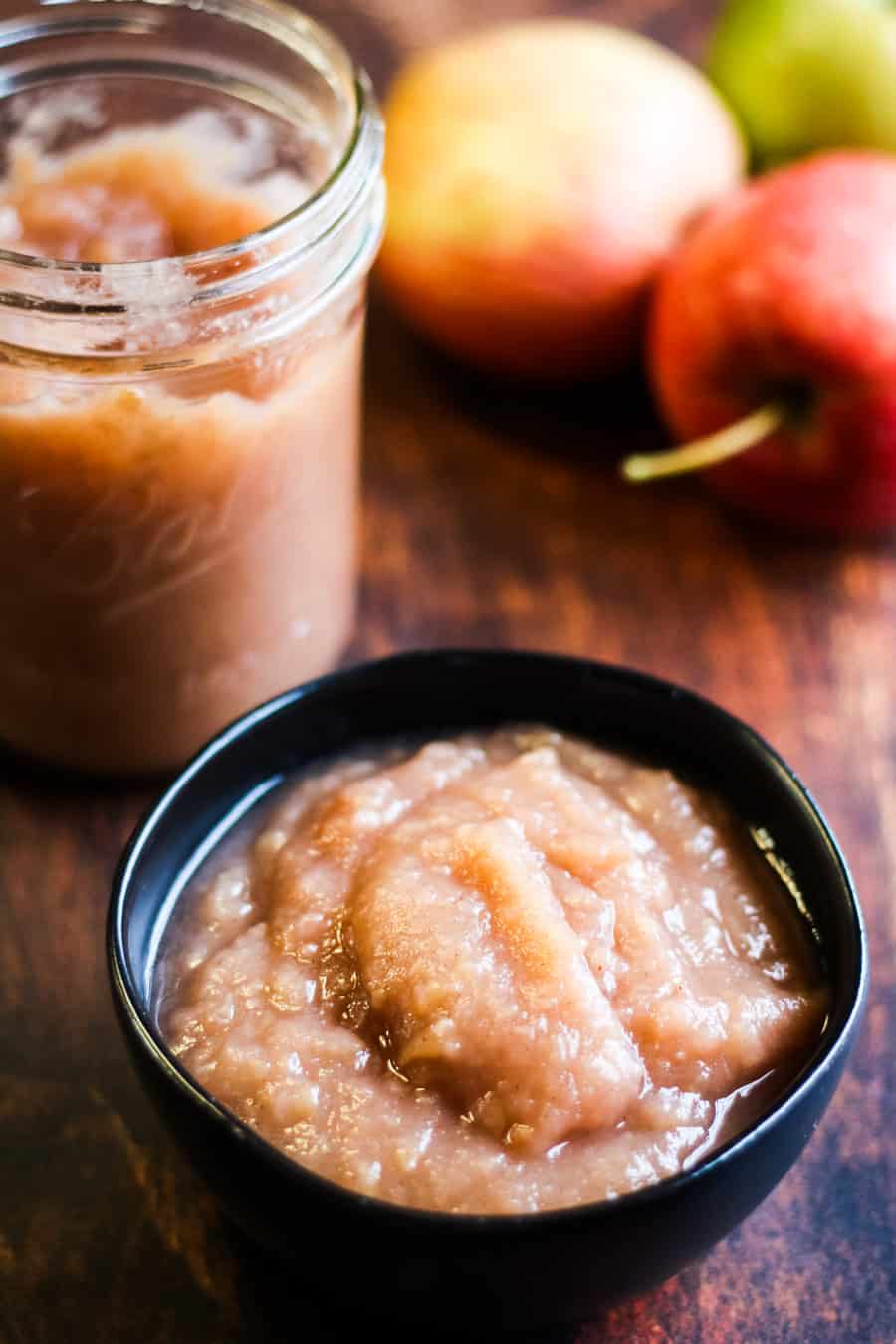 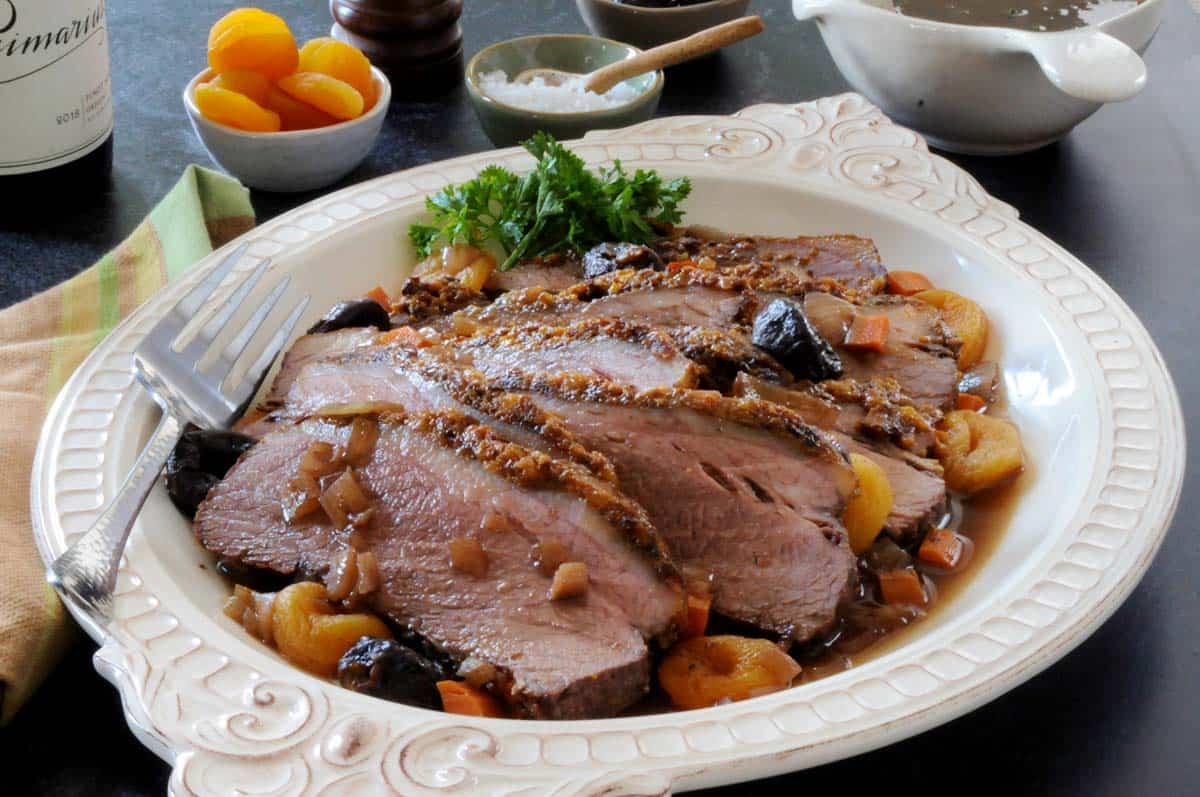 Next
Beef Brisket with Dried Fruit and Spices
Click here to cancel reply.

What keeps the potatoes from turning brown if you don't cook them right away?

In my experience this is not a problem. They turn brown when you fry them, so it's all good! I cover the pan with plastic wrap while chilling (I will add this to the recipe because I see I left this out).

[…] This beef brisket recipe is especially festive and perfect for Hanukkah. The meat is braised with a mixture of dried fruits, aromatics, and spices that give it a North African twist. It’s super flavorful and goes extremely well with my famous Potato Latkes. […] 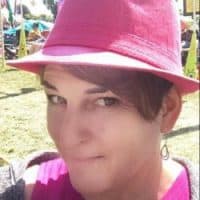 Now available wherever books are sold! 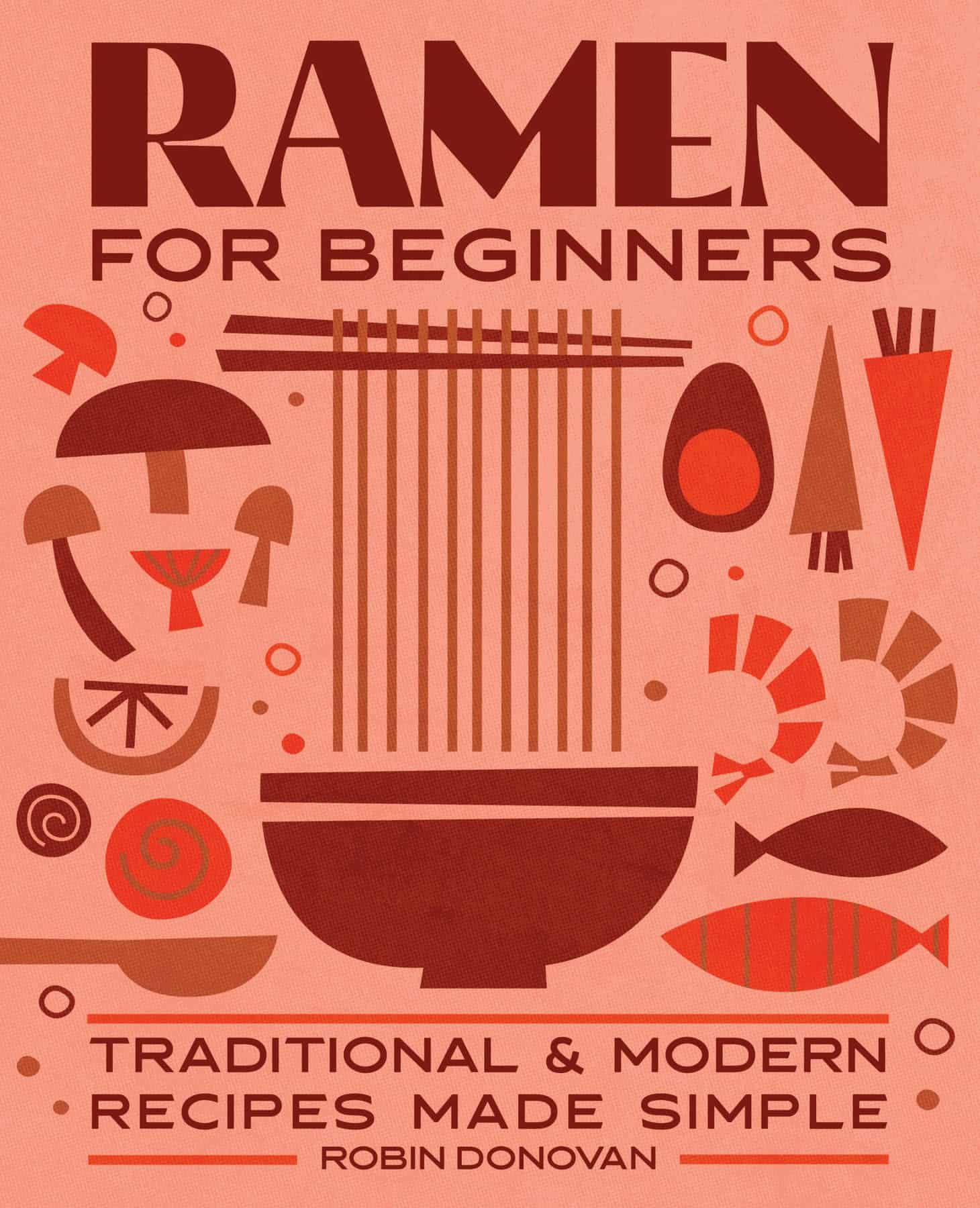